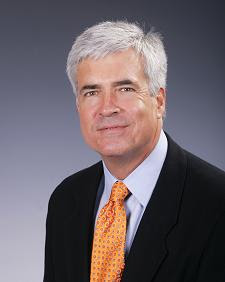 We start with one of the finest ever. Greg was asked if he thinks its possible for the Orange, they of a 1-6 record, to win out in order to become bowl eligible. This is his response:

"Damn right it is. I say this, I think we can play with anybody we play from here on in. We've got a chance just like they do. We've got a week to get healthy and get our game. Just keep growing. This ain't over. There's a lot of football left in this football team."

I'm not even mad. I'm impressed. Wait, I take that back. I meant that I'm not mad AND I'm not impressed. That's it.

"We can do better than that. We're capable of doing better. I'm disappointed. I thought it would've been a better football game than it turned out to be."

I imagine Greg's the kind of guy who would walk into a Syracuse-area bar after the game and start bitching about the team along with everyone else as if he wasn't actually involved with the outcome.

"As I look at the film, I can see we could've done things better."

How Post-Standard journalists do not just start punching themselves in the face by now, I will never know.

I think this is one of those types of games that we have to put behind us."

It's been a while since we've had one of these types of games. At least a week.

"That first run, boom, they stoned it. They slanted right into where we were running. Well, that's either good fortune on their part, or good coaching on their part and a good play on their part."

Reminds me of the time I was with my Dad and the phone rang. He said, "That's probably your mother...or someone else." Agreed!

"Having a bye right now is very good for us because over the next five weeks we're playing teams that we know a lot about. It will be interesting to see how it all comes out."

SPOILER ALERT, Greg. You get fired.

Here's a great one. Greg was asked about the issue currently plaguing the Orange offense which has only score one touchdown in the last 10 quarters.

"We are capable of scoring more than that."

"...when I see the receiving corps just keep flashing some things, that's encouraging to me."

I'm just encouraged to see one more flash before it's all over.

"On the defensive side, we have to make sure our defense is getting that ball back so our offense can get the ball in an area of good field position."

What an interesting and creative strategy. Years from now, they will call this The Gregger 3-4.