Share All sharing options for: Small, Innocuous Event Held In Syracuse On Friday

We can't move on without acknowledging that at least one thing went well this weekend...The Express premiere.

Despite the inclimate weather, everything seemed to run rather smoothly:

Despite the rain and wind, the show went on without a hitch. The orange carpet (which I found out later was a used donor from a rental shop nearby — not to be placed in AD Daryl Gross’s living room) was shielded well and the setup looked extremely professional. A very sizable crowd was also on hand to cheer the celebrities walking in — and there were plenty to cheer.

You can check out a bunch of photos from the event here and get some quotables here and here.

The purveyor of Get Gross Out can add one more bulletpoint to his reasons for hating the DOC...both of them were involved with the film but only one of them got any credit.

But what about the film itself? Is it really that good? Don't take Jim Brown, Floyd Little or Bob Costas' word for it. Trust this guy: 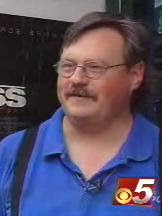 That's Bernie the Movie Guy and he thinks The Express is fantastic. So there, it's settled.

And now, hope you've got a few minutes cause here's enough video on the event to keep you busy for the next hour:

(I love that the loudest ovation was saved for Charles S. Dutton)