Share All sharing options for: God Isn't Making It Easy For Gerry McNamara 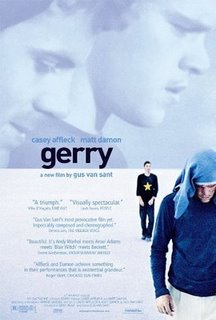 Gerry McNamara certainly has nothing to be ashamed of in this life. He will go down in history as one of the best and most beloved players in Syracuse history. He is an NCAA National Champion. He did all that stuff in the Big East Tournament. He is considered one of the greatest athletes to come out of Scranton, unrivaled until the emergence of power forward Dwight Schrute. He's got a lovely wife and he's traveled the world. Of course, there's still that one thing...

Gerry has yet to suit up for an NBA game and the chance to do so is slipping away with every day and every opportunity that passes. He's played ball in strange lands where the people speak weird and smell strange, and that was just Bakersfield (hiyo!). He's toiled in exotic locales such as Greece and not-so-exotic locales such as Latvia. He's had opportunities in the NBA, notably with the Orlando Magic and the Philadelphia 76ers, but neither time led to a contract.

Say this about Gerry Mac...he's doesn't give up easily. Than again, you already knew that. He's back in NBA Summer Camp this year, this time for the Utah Jazz. As hard as it was already going to be for G-Mac to make the team, he certainly could have picked better situations in terms of competition:

"...this year's training camp roster is a lot like the guest list at a Garbo party. It's easier to get in the Living Presidents Club. A team can carry 15 players and that's exactly what the Jazz have under contract. The only way McNamara can make the team is if someone gets hurt, released or lost.

The Scranton, Pa., native might've picked a better year to try out with Utah. His journey looks like the travels of Jason and the Argonauts — one ferocious obstacle after another. It appeared during the summer that the Jazz might have some space when swingman C.J. Miles signed an offer sheet with Oklahoma City. But the Jazz matched the offer, locking him up for four years. They added veteran point guard Knight in an off-season trade and signed draft choice Kosta Koufos.

To his credit, Gerry is just putting his head down and he's gonna do what's got to do. Like he always has.

"I'm just coming in here with a positive attitude and trying to play as hard as I can," McNamara said. "Whatever happens, I can't control."

"I just look at it as an opportunity to go against these players and play well and make some friends. If I don't make it, hopefully this coach will tell another coach, 'Hey, he played well for us and he'll play well for you.'"

As always, SU fans will be rooting for Gerry. We'd just love to see him suit up at least once for a pro game. Plus, you know, his parents' are looking for a reason to roadtrip.