The Evening Institute for Younger Men Shall Feel Our Wrath

Share All sharing options for: The Evening Institute for Younger Men Shall Feel Our Wrath 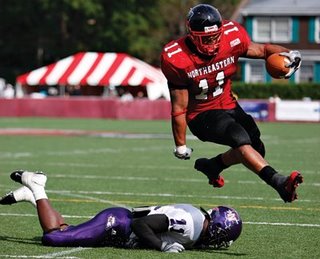 Before we do battle with the Northeastern Huskies, we must first understand them. Only then, can we defeat them.

Honestly, I Wouldn't Have Changed A Thing
Northeastern was established in 1898 as the "Evening Institute for Younger Men" by Johhny Chestersfield Wellingtonsworth. If that's not the greatest sentence ever, I don't know what is. I would give ANYTHING to have the last name Wellingtonsworth. All Wellingtonsworth's are literally born with a monocle and a cane. It comes with you out of the uterus.

So what's with the "Younger Men" stipulation? What's the cut-off? 25? 30? It WAS 1898, were people living past 30 at that point? What if a 27 year-old went there and said "I want to learn graphic design!" Would they shoo him? Probably more so because it was 1898 and they had no idea what graphic design was. Sounds like the devil's business!

In 1935, they changed the name to Northeastern University. And, presumably, started letting in old dudes.

Sorry Catholics, We're Gonna Learn Science Now
In 1948 Northeastern officially separated itself completely from the YMCA. Acting out the motions from the YMCA song are strictly forbidden on campus and are practiced only in secret. Following WWII, Northeastern began admitting women.

Home Of The Whale
The Northeastern hockey and basketball teams play at Matthews Arena which is recognized as is the oldest surviving indoor ice hockey arena in the world. Opened in 1910, it is the original home of the Celtics, the Bruins and the New England Whalers (you know them as the Carolina Hurricanes).

When The Robots Enslave Us, You Can Thank Them
In 2004, Northeastern was one of six institutions to be selected by the National Science Foundation as an engineering research center in nanotechnology.

But What They Really Want To Do Is Direct
Northwestern references have popped up in The Italian Job (Seth Green's character claims to have invented Napster while a student there), The Departed (Matt Damon plays rugby with some Northeastern players) and Field of Dreams (Kevin Costner drives through campus).

As You Rip Rihanna's New Album For Free, Thank The Huskies
Shawn Fanning, the founder of Napster, attended Northeastern but dropped out when his little service took off. Other notable non-athlete Huskies include original SNL castmember Jane "You Ignorant Slut" Curtin (also dropped out), radio and TV yenta Wendy Williams, sometimes Office castmember Patrice O'Neil and ESPN SportsCenter anchor Michelle Bonner. Notable athletes to come out of Northeastern include Reggie Lewis, Carlos Pena and a whole crapload of hockey players.

Leading The Way In Transgendered Mascotery
The original mascot of the Northeastern University was an actual Siberian Husky named Mr. and Mrs. Husky. Huh? No explanation given for that curious name. Northeastern University adopted the nickname Huskies in 1927. Mr. and Mrs. was presented with an honorary degree by the University president and dubbed King Husky, to lord over all Northeastern students and faculty. King Husky I reigned for 14 years. The last of the Husky Dynasty, King Husky VII, passed away in 1989 and the school revoked the privileges of the Husky line with the signing of the Magna Carta II: Electric Boogaloo.

In fall 2003, Northeastern students voted to replace their original mascots with Paws, a younger, fiercer canine. A new version of King Husky still appears at games but is now joined by Paws. The fight for Northeastern mascot succession rages on... 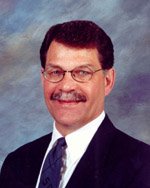 Northeastern's Coach Taught Your 7th Grade Science Class
That would be Rocky Hager. Now in his fifth season as head coach of Northeastern, Hager has compiled a 15-31 record. That sounds bad, but then you remember Greg Robinson. Hager is the the 10th head football coach in Northeastern history, a program that dates back to 1933. He's got a ways to go if he wants to become Northeastern's all-time winningest coach. That title belongs to Joseph P "Joe" Zabilski who racked up 101 wins from 1948 to 1971.

Hey, Look Who's Winless Too!
Northeastern is 0-2 on the season, losing 14-48 to Ball State and then in a 27-34 OT heartbreaker to Georgia Southern last week. Quarterback and four-year starter Anthony Orio hasn't done too shabbily, completing 38 of 68 passes for 436 yards, 1 TD and 0 Ints. He's also trying to get into medical school, which is a concern that I don't think Matt Grothe is burdened with.

Damn You, Kitty Hoynes
If you're looking for a pre-game rumble with Husky fans, head on down to Kitty Hoynes Irish Pub. That's the official spot of the Northeastern brunch social and tailgate before the game. Please, wait until after the brunch social before fisticuffs. It would be rude otherwise.

They Have Fans, Seriously.
They even have a blog! And I'll be chatting with him later this week to get the inside scoop on all things Husky. Gird your loins.

Keep an eye on their official site in the meantime for any updates.