Share All sharing options for: Band Of Sucky Brothers 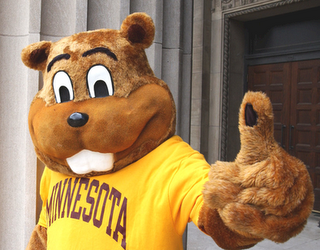 The Ugly Six. The Sucky Six. The Sextet Of Suckitude. That's just a couple ways you could describe Vanderbilt, Baylor, Minnesota, Syracuse, Duke and Stanford, who have been deemed by Matt Hayes of the Sporting News the worst six teams in the BCS. (Shhh...don't tell Matt about Vandy win over South Carolina last night...awkward...)

Regardless of how legit this list is, you can argue that this is the company we now keep. If we were talking basketball, it's actually not a shabby bunch. But we're talking football. And that is indeed a shabby bunch. They are full of shab. Hayes has this to say about SU specifically:

Don't let the Greg Robinson years fool you: Syracuse once was among the elite of the Big East, and the Carrier Dome was a mosh pit of excitement. When the Orange stumbled, Rutgers moved into the Northeast void with charismatic coach/recruiter Greg Schiano.

Now add Pittsburgh and Connecticut, programs with coaches (Dave Wannstedt and Randy Edsall) who relate to high school players as well as anyone, into the Northeast mix. Suddenly, Robinson doesn't look so hip, and the Carrier Dome looks like a dump.

Second question, you're using Dave Wannstedt as an example of a GOOD coach? Really?

Third question, how can the Carrier Dome look like a dump? You'd need lots of people there throwing trash about and generally not caring about the well-being of the facilities for it to turn into a dump. I don't see any people there...DO YOU???

It's lists like this that make me wish the Internet was around in the 80's and early 90's. At least we could have pointed to the 30 "worst" lists that Rutgers and Temple would have populated. But noooooo... Stupid Internet creators and their stupid dates of birth.