Jim Boeheim Has Never Stayed In An Actual Hotel Before

Share All sharing options for: Jim Boeheim Has Never Stayed In An Actual Hotel Before

Jim Boeheim updated his travel blog over the weekend and no one told me? Blasphemy! Jim discusses something about a USA-Spain game, but who really care about that? I want the gritty, mundane details of a bespectacled Jim wandering the backstreets of Beijing wondering "where are all the ninjas?"

Jim doesn't go that far (out loud) but there does seem to be one theme running through the entire trip so far...the Boeheims are slowly losing control of their children:

As for me, I'm in trouble. I came back to the hotel room on Friday night and discovered that my 10-year-old, Jimmy, and my 8-year-old, Buddy, have learned how to play Texas Hold 'Em. They with playing with Michael D'Antoni, the 14-year-old son of Mike D'Antoni, the Knicks' coach and one of the assistants here. 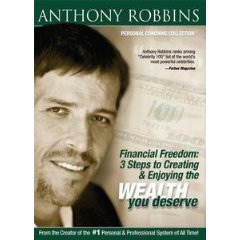 He's got one kid haggling over the price of homemade trinkets and another grifting old men in backroom poker games. I don't mean to call Jim & Juli's parenting skills into question but if I find out any of these kids are making frivolous purchases as well, I think I may just throw the Boeheim family a "How To Manage Your Finances" planning party myself.

[The kids] bought three pairs of Nike sneakers. I guess they didn't realize that we can get those in the United States.

Someone get me some Tony Robbins self-help cassettes, this family needs the power of NOW!

But don't worry, it's not all about shopping for the Boeheims. They're eating, too:

And you can't beat the food, either. We went to a restaurant called Made In China, and dinner was so good that I ate my green beans . . . and I hate green beans. But the way they cooked them was unbelievable. It just goes to show that if you know what you're doing, you can make anything taste good.

Something tells me that a restaurant called "Made in China" isn't exactly born from the banks of the Yangtze River. Nevertheless, if they can get Jim to eat his greens, so be it. Expect "Made in China: West" at the Carousel Mall by 2010.

And then truly the piece de resistance of the Jim Boeheim Chronicles so far. Forgive me for making assumptions but I just kinda figured about thirty years traveling around the country for recruiting trips, basketball games, tournaments and conferences, Jim Boeheim would have stayed in an actual hotel once or twice. I now must admit I am mistaken:

I've reported this before, but I have to do it again: The people here are amazing. They couldn't be nicer. They can't do enough for you. For example, the maids were in our room for an hour and a half cleaning it up. They fold your clothes. They straighten this and that. They do everything. You walk in the door and you look around, and every time it's like you're just checking in on your first day.

Seriously when Jim gets back into town, can someone show him around the University Sheraton? Introduce him to their restaurant staff. Let him meet their maid service team members. Prove to him that Beijing, China isn't the only place in the entire world where these things take place!!!

So that was over the weekend and Jim checked in again today to get us up to speed. Let's just hope that he's finally gotten the family's obscene spending and reckless fiscal behavior under control: 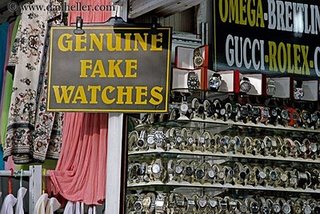 Off the court, the latest thing with my family is that they went down to the watch market, where the vendors sell fake Rolexes and stuff like that. Apparently, that's a thriving business. They have every make and every model you can imagine. I haven't seen them, but I'm told they look just like the real things. So, the whole crew has been down there, buying watches. And all for 25 bucks apiece.

Seriously, you guys, I'm holding an intervention at Hancock Airport when the Boeheims get off the plane. Who's with me?