Strange things are afoot at the Bed, Bath & Beyond. You remember, a few weeks back Syracuse grad Will Allen had a little run-in with another fellow in the BB&B parking lot over a "money dispute." We assume it was just a misunderstanding over some doilies. 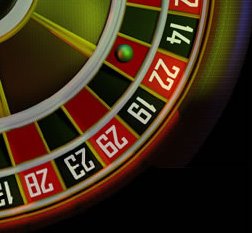 The Davie Police Department is still investigating a confrontation in which Allen is accused of pointing a gun at a man while arguing over money. But NFL security already had been looking into Allen's activities after a Detroit bank alerted the league to a suspiciously large amount of money being wired to South Florida, the Palm Beach Post reports.

The man who accused Allen of pulling a gun on him said they were arguing over money he loaned Allen to cover gambling debts. Allen says the money was for an investment.

Technically, couldn't they both be right?

As we know, the NFL doesn't take kindly to its players participating in or associating with gambling, so the outcome could have some serious effects on Allen's PT even if this gun business goes nowhere.

But let's be clear here...Will Allen is no monster. The only monster here is the gambling monster that has enslaved him. I call him Gamblor, and it's time to snatch Will from his neon claws!