Share All sharing options for: The Greatest Syracuse Athlete You've Never Heard Of

Oh sure, you may have heard of Wilmeth Sidat-Singh at some point. He shows up in a lot of "Top Ten" Syracuse lists and one a couple All-Time lists, but what do you really know about the guy? Hell, I don't know anything about the guy. The first time I heard his name I thought "Wait, isn't that one of the bosses in Street Fighter?" I'm still not entirely sure he's not.

Either way, that wouldn't make his story any more or less interesting.

Okay, it would definitely make it MORE interesting. Happy?

The Washington City Paper did a great rundown of Sidat-Singh's career at and after Syracuse in their newest issue and it's a must-read for any self-respecting Syracuse fan. Sidat-Singh was a successful two-sport athlete at SU long before anyone knew the name Jim Brown.

Sidat-Singh was Syracuse’s best ballhandler and scorer during his three years of varsity hoops, yet even so, his basketball career at the school was closer to very good than great. And college basketball, all these years before "March Madness," wasn’t as big a deal. Had he just stuck to hoops and intramural football, the "Hindu" stories might have been all that was ever written about him.

But his newsworthiness picked up considerably when he tried out and made the football team, at a time when college football was probably the most popular sport in the country after big league baseball. And he got very good at the gridiron game very fast.

The article explains that Wilmeth's supposed Hindu background was a source of mockery and ridicule, even in the newspapers (Hooray for journalistic integrity!). The Washington Tribune was especially sensitive:

"NEGRO TO PLAY U. OF MARYLAND" read the banner headline on the front page of the Tribune’s Oct. 23, 1937, edition. "THEY CALL HIM A HINDU" was the subhed.

In a time before the University of Maryland was integrated, Sidat-Singh was forced to stay on the bench for the entire game despite the fact that he had already dressed. Syracuse lost.

Interesting enough, Sam Lacy, the writer of the aforementioned article went to become an important writer in the D.C. area for the African-American community. Perhaps as some sort of penance for what he caused against Sidat-Singh.

I'm not sure what the most disturbing part of his entire collegiate career was...that Wilmeth wasn't even actually a Hindu (his mother remarried when he was young and he took the name of his stepfather), that the newspapers and media were so horrible to him, that the University of Maryland refused to play against him or that Syracuse didn't protect him from the abuse and gave him secondary treatment while a star athlete here. 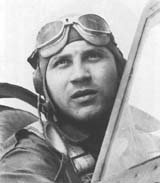 Go read the article now if you need to brush up on your Sidat-Singh history, which also really explains Syracuse's place (good and bad) in the history of integration in college sports long before the name Ernie Davis ever came into play. It's a story mixed with some good (In Sidat-Singh's senior year they played Maryland again and beat them 53-0) but mostly sad (he went undrafted by the NFL because of his name and color and ultimately died in a tragic accident as an airman in the Army).

As the article notes, Sidat-Singh's basketball jersey was retired in 2005. Not so much for what he did on the court, but rather as a "penance for wrongs committed almost seven decades earlier." Perhaps the next step is to bring Sidat-Singh's story beyond the Carrier Dome and Syracuse campus walls. If the injustices that Ernie Davis suffered are worth immortalizing, certainly the ones Wilmeth battled are just as noteworthy. Perhaps even more so.