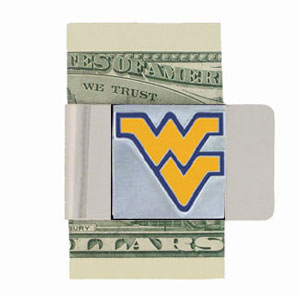 Someone's gettin' paaaaaid. Not us, unfortunately. .

The Daily Mail is reporting that is pocketing about $5,305,495 for their work on the football field this year, tops in the Big East. Where's all that cash come from?

The football income includes $2 million in base revenue and a check deposited into the university's state account earlier this month for $2,425,600 in bowl revenue. WVU received $2 million for winning the conference and participating in the Fiesta Bowl plus $200 per mile for traveling to and from the game.

The remaining income total of $880,495 was generated by the team's leading role in the Big East's television package. The Big East began its new television contract in 2007 and it expires in 2013.

Not surprisingly, given the financial strain of college athletics, the Mountaineers will actually still lose about $1 million overall. Blame those empty seats at the game.

No word yet on how much cashola brought in this season, although me thinks we can safely it assume to be slightly less than the Mountaineers.