At Least We Can Still Beat Rutgers At Something

Share All sharing options for: At Least We Can Still Beat Rutgers At Something 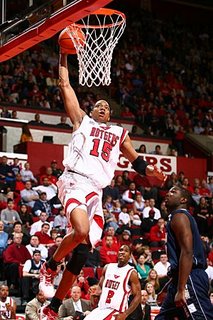 The Dome was hoppin' last night, inasmuch as a crowd of 4,000+ can hop in there. While not winners on the court, I'd like to think the women's team had recharged the SU fans to get excited about the game of basketball for both squads. We'll find out tonight when the boys take to the court as Rutgers squares off against the Orange.

Here's everything you need to know about how bad it's been for them:


While SU’s offense has struggled recently, has had difficulty putting the ball in the basket most of the year. The Scarlet Knight enters Wednesday’s encounter with a league-worst 61.7 points per game scoring average and a -3.9 scoring margin. In conference play, is averaging 47.5 points, more than 14 points fewer than any other club.


Junior forward J.R. Inman leads Rutgers in scoring and rebounding followed by freshman guard Corey Chandler (12.1 ppg.) and sophomore guard Anthony Farmer (10.5 ppg.). There isn't a statistical category that the Knights are doing better than the other than fouling. Despite their recent troubles, I have full confidence that SU can handle this one (and you know what usually happens then...).


We haven't lost to in the Dome since 1975, but the Knights came within two points last year. I don't expect that trend to end now though, the Orange need this win too much to let it happen.