They'll Always Be The SnowBallers To Me

Share All sharing options for: They'll Always Be The SnowBallers To Me

Troubling news out of Syracuse today. There's no easy way to say it so I'm just gonna say it...The Raging Bullz are no more. The ABA franchise that started playing in Syracuse last month made it six games before deciding to pull the plug on their season.

The reason? Well, let me put it to you this way...did you go to a Raging Bullz game? No? Well neither did I. And neither did anyone else. According to ABA chairman Joe Newman, the Bullz feel that they have no one to blame but...YOU.

"They are basically discouraged about the support they have there."

Newman is quick to point out he's not part of the pity party.

"(Owner Nicholas Fitts) just felt it did not have any traction to be in Syracuse. Syracuse is a great basketball city and deserves a team. He was just not able to get it done there."

Syracuse had postponed its last three home games because of poor ticket sales.

Jon Ferris, a forward on the team, isn't too surprised:

"I'm not surprised that it happened...I haven't seen one thing about the game. I could walk down to the mall and I could guarantee you that seven out of 10 people wouldn't know who the Bullz are."

And after drinking some kind of mind-erasing potion, Newman said he would have an official announcement today about a local group that's interested in putting another ABA franchise in Syracuse.

The players have yet to be paid and stories about poor travel conditions are leaking out. Then there's this fantastic bon mot:

In the home game against Montreal, Ferris said players from that team refused to come out for the second half until they were assured that Fitts would pay their hotel tab. 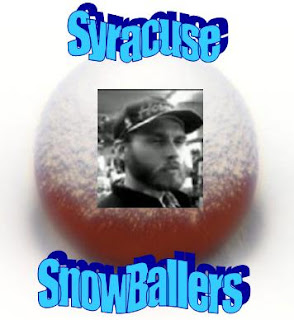 Fare thee well, Raging Bullz. I'll always remember you for your public spat with parents and teachers that was blown so far out of proportion that the people who ever said anything in the first place should be embarrassed for caring so much about it. I'll remember you for your rigged re-naming contest where, for the price of a Wendy's smoothie, we had the chance to change the face of the unintentional comedy scale forever but were too lazy to. I'll remember you for your website and the catchy hip-hop tune that played there incessantly (until now that is).

By the way, great passive-aggressive goodbye message on the website right now:

The Syracuse Raging Bullz have decided to cancel the remainder of the season due to low attendance numbers.

Thank you for supporting our team!