Last night, I spent my evening putzing around on SUAthletics. As you can tell, I lead a charmed life.

Anyway, I happened to come across two old pages that, if Greg Robinson is fired in the near-future, I expect to disappear along with him into the ether. They would be the "What They Are Saying About Greg Robinson" praise and DOCTOR Daryl Gross' remarks on the hiring of Greg Robinson. I'll just let you know have fun with these... 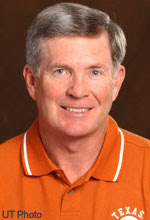 "I can think of no one better to head up the Syracuse program than Greg Robinson...We're really proud for Greg and Syracuse is lucky to have him."
- Texas head coach Mack Brown
There isn’t going to be many areas that Greg isn’t very strong in...he’ll really fit into the Syracuse community."
- Former San Francisco 49ers general manager and UCLA head coach Terry Donahue

"At the end of the day, Greg Robinson is the perfect choice for Syracuse University."