Share All sharing options for: I Disapprove of Miami University's Very Existence

So exactly who are these Ohioan Miamians? (That can't be right) Let's get to know our enemy.

Don't You Dare Call Them Miami Of Ohio


was founded in the year 1809 and was the seventh public college founded in the . The university's first president envisioned as the "Yale of the West." (That statement turns out to be untrue for more than one reason.)


is located in southwestern approximately thirty miles northwest of . The in this school's name refers to the Miami River valley, cut by two medium-sized rivers, the Little Miami River and the . The rivers were in turn named after the Miami Indians who lived in the area. So there. 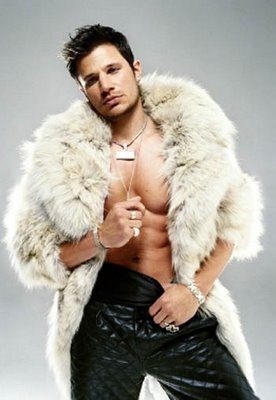 
The 1991 film Little Man Tate with Jodie Foster was largely filmed on campus.

The Coach's In The Cradle And The Silver Spoon...


U vs. is the longest continuous college football rivalry West of the Allegheny Mountains, which is kinda like when the #4 movie at the box office calls themselves "The #1 Action-Thriller in !" cause the top three films are comedies and horrors. 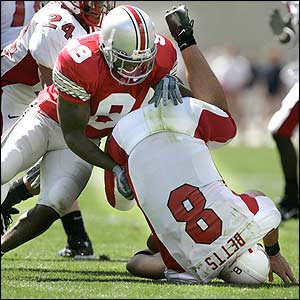 Wait, Didn't They Used To Be Much More Offensive?


Before the early 30's, had a few different nicknames, including the Miami Boys, the Big Reds, and the Reds and Whites. In 1928, a student referred to the team as the Big Red-Skinned Warriors (yikes!) By 1931, the Redskins had stuck as the nickname and became the official nickname of the athletics program for nearly seventy years. In 1997, at the urging from the Oklahoma-based Miami Tribe, the Miami University Redskins officially changed their names to the RedHawks.


Season So Far
The RedHawks opened the season with a 14-13 win over on the road. They then went to and took the Gophers to double overtime before eventually falling 35-41. The following week Cincinnati took them out behind the woodshed and beat them silly 10-47. And last week they visited and all they got for it was a 0-42 drubbing. In other words, they've been tenderized.


Word on the street (and by street I mean Dave Rahme's blog) is that the starting QB position is up in the air. Senior starting QB Mike Kokal may find himself on the bench again and sophomore Daniel Raudabaugh might get his second start. Raudabaugh started against but had a "Nunesian" day, completing 11 of 32 passes for 95 yards.

When asked Monday which QB would start against the , coach Shane Montgomery said: "I'm really unsure right now. Daniel Raudabaugh played Saturday and, coming off two great performances, really struggled. He didn't play very well, and we didn't play very well around him. I don't know what we're going to do right now. We'll see how practice goes. There's a good chance we could play both of them."

I'm rooting for Raudabaugh if for no other reason than his name reminds me of one a great lines (that is, of course, not online) from Wyatt Earp. (Ed. Note - Quaid does a pretty good job as Doc Holliday but he doesn't come close to matching Val Kilmer who, in , turns in one of the top ten greatest performances ever and that cannot be debated)

Doc Holliday: Dave Rudabaugh is an ignorant scoundrel. I disapprove of his very existence.

I expect to see a sign at the game saying the same of young Daniel.


And you thought 's running game was in trouble? enters the game this weekend without Brandon Murphy and Andre Bratton, the team's two top halfbacks. Both have suffered season-ending injuries. Senior Austin Sykes and Raudabaugh (that's scoundrel!) are the team's leading active rushers.


They've got some decent hands but if these guys continue to see the ball so few times (11 completions last week), what's the difference? If can establish any passing game, keep an eye on Dustin Woods, Chris Givens, Armand Robinson and Eugene Harris.

Overall
After going through all this I'm feeling much better about things. The RedHawks have problems that make our situation look stable. It all depends on which Cuse teams shows up but all the pieces are there for a Syracuse win. Do we as fans dare to let ourselves dream of win #2 so soon after #1?