SU and BC, Still Working Together To Embarrass Themselves

Share All sharing options for: SU and BC, Still Working Together To Embarrass Themselves 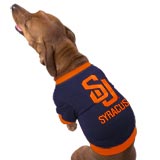 I was pretty sure we all knew this already but Donnie Webb confirmed yesterday that Syracuse will play USC in football in 2011 and 2012. 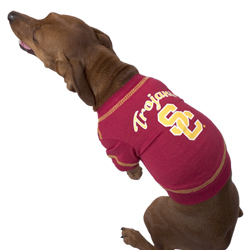 But if that's true, that fudges with the schedule already in place, which includes a games against Boston College whom we signed a long-term deal with.

Syracuse has opted out of the 2011 and 2012 matches against the Eagles in order to make the games against the Trojans work. The ten-year agreement that starts in 2010 will be amended but its not know if those games will be tacked on to the end of the contract or if they'll just magically disappear, kinda like BC did from the Big East. 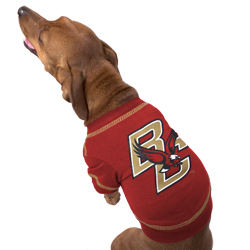 Dont cry for BC, they just signed their own deal with USC as well. Once their done with us, the Trojans will look to conquer the greater-Boston area in 2013 and 2014. USC is quickly turning into something akin to the old Notre Dame barnstorming teams of the 20's and 30's. They'd travel the country playing all takers and draw a crowd wherever they went. Explain to me again why Peter Carroll might want to leave?

According to SUAthletics, if you swap out BC for USC, the schedules for those seasons now look like this:

2012
vs. USC
vs. Northwestern
@ Cincinnati
vs. Connecticut
vs. Louisville
@ Rutgers
vs. Pittsburgh
@ South Florida
@ West Virginia

Oh and expect USC to show up on the SU basketball schedule as well. Shame we'll miss the potential of an OJ Mayo-SU '07 Class match-up...say by about five years.