Somebody Get Me Perry Patterson's Agent. Stat!

Share All sharing options for: Somebody Get Me Perry Patterson's Agent. Stat! 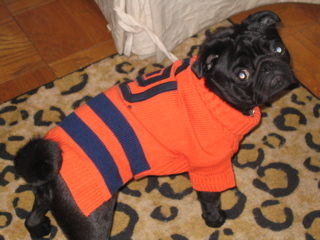 Perhaps the Falcons were a little too quick to let Perry "I love dogs of all breeds and sizes" Patterson go.

Michael Vick has been indicted by a federal grand jury in connection with the dogfighting probe of his property in Virginia. The indictment alleges that Vick and his co-defendants began sponsoring dogfighting in early 2001, the former Virginia Tech star's rookie year with the Falcons.

The Falcons quarterback was indicted for conspiracy to travel in interstate commerce in aid of unlawful activities and to sponsor a dog in an animal fighting venture in U.S. District Court for the Eastern District in Richmond, Va. Three others -- Purnell Peace, Quanis Phillips and Tony Taylor -- also were indicted by the grand jury on the same charges.

According to a news release from the United States Attorney's Office of the Eastern District of Virginia: "If convicted on the Travel Act portion of the conspiracy charge, each defendant faces a statutory maximum of five years in prison, a $250,000 fine, and full restitution. If convicted on the animal fighting venture portion of the conspiracy charge, each defendant faces one year in prison, a $100,000 fine, or both. The indictment also includes a forfeiture allegation seeking recovery of any property constituting, or derived from, proceeds obtained directly or indirectly as a result of these offenses."