Axe A Question, Get An Answer

Share All sharing options for: Axe A Question, Get An Answer

With this whole Colin Cowherd brou-ha-ha (just wanted to say brou-ha-ha) finally dying down as we move on to the Don Imus fiasco, I wanted to answer a nagging question in the back of my mind before we put it all to bed. 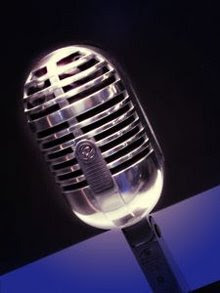 Seems every few days there's a quote from a journalist or a radio host about these damn bloggers in their basements with their YouTubes and their stupid opinions. Usually its a scathing comment, meant to insult the intelligence of said blogger (or blogging community) and put them in their place. Journalists over here, bloggers over there.

The nagging question is, when it comes to journalists...is that the exception or that the rule? And more specifically for this topic, is that the exception or the rule for sports radio hosts? Is it a truly a marketplace of Colin Cowherds? A collection of professionals who despise the very notion of sports blogging and the opinions that come from it or are they just standing out in the crowd?

Who better to ask the state of affairs in the radio/blogger "feud" then someone who walks both lines?

TNIAAM: What is it about sports bloggers that bothers so many sports radio hosts?

Axeman: Sports radio hosts are threatened by sports bloggers. There was a day when the only widespread public forum fans had to express their opinion was to call sports talk radio. Now, with blogs, forums, message boards, etc, fans have plenty of options to not only express their opinion, but do it when they want as often as they want. Now compare that to waiting on hold for 20 minutes for a 30 second take on the radio! Most sports radio guys don't want it that way. They want you to have to come to them for all the answers.

It's really dumb for them to be threatened by it when you think about it. A smart radio host will take advantage of the internet by doing his/her own blog, hosting online chats, having a message board on the station site, podcasting, etc.

TNIAAM: Is it just a growing pain of getting used to each other or will this continue to be an issue years from now?

Axeman: I think it will be a growing pain for another couple years as I think we are only starting to see what bloggers can do and the growth of fan blogs on the internet. Honestly, I think the internet is close to or already has passed sports talk radio as the place for fans to interact. But people will always listen to sports talk radio. It still reaches a mass audience and fans have shown that they can be multi-taskers when it comes to how we consume media. Plus all the stations stream online now. It isn't a "you have to be in the car" thing anymore.

TNIAAM: Do you have a problem with Colin Cowherd crashing The Big Lead on purpose or do you think its all a little overblown? 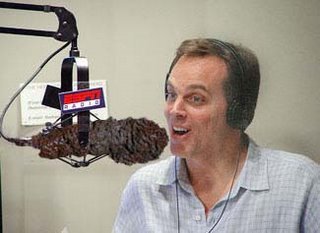 Axeman: I have a MAJOR problem with it. First of all, he is a giant hypocrite for doing it. Colin frequently bashes what he likes to call "wacky morning DJ' on his show. Well, what do you call crashing a website on purpose? Sounds like something a "wacky" morning DJ would do to me. It was a major abuse of the power of the airwaves and the height of arrogance. What did you prove by doing this? Dude, you made it. You are on ESPN RADIO. Obviously someone thinks you are good at what you do. What did crashing a website, that has picked on ESPN a time or two I might add, prove?

Axe goes into detail about his thoughts on Colin in his blog today. In the midst of, he hit on my favorite complaint of sports radio, which also happens to be the most ironic:

Is that why you tune into a sports radio show? To hear the host carry out some sort of personal vendetta against a blog? Wouldn't you rather the guy on ESPN FREAKING RADIO talk about...I don't know...SPORTS!!

A lot of people have noted this incident as a watershed moment for sports blogging. With an entire community of bloggers banding together and Cowherd and ESPN apologizing (kinda) to avoid legal ramifications, its hard to say bloggers are still the easily-ignored, red-headed stepchild of the sports journalism world. If anything, now we're the red-headed stepchild who doesn't sit back and take big brothers shit.

Thanks to Axeman for taking the time and answering the questions. For his troubles, I've put a pink Yankees hat in the mail. Enjoy!