Share All sharing options for: A Conference Of Tailies

Lost returns tomorrow night and I have to say, I have mixed feelings. I was a Lost fan before Lost was even on the air. I had the pleasure of seeing the pilot at ComicCon (go on, judge me…) a few years back a few months before it came on air and I was hooked from the get-go. From the first episode I was a member of the fan boards and looking into minutia before that was something that anyone even figured was an integral part of the show. I invested waaaay too much of myself into finding out the inner truths and hidden clues and started amassing brazen theories as to how each character linked up and where the show was going.

Well, fast-forward two years and I feel a little silly about the whole thing. By the time ABC caught on and built the whole website and fake commercials, I was researched out. When 99% of the things I thought the show was trying to hint it were either debunked or not true at all, I lost my desire to care a little. And when the writers kept coming out every few weeks to talk about how almost everything we thought was a major clue was completely meaningless, well, I felt a little played. Throw in the fact that the show had slowed to a crawl in terms of advancing its storyline and I was pretty burned out when the show ended Season 3: Part 1 or whatever that was a few month ago.

In the interim, Heroes popped up and caught my attention. It was fast-paced, choked full of mythology and it was providing answers quickly. They hit the nail on the head by providing timelines for story arcs, you knew the "save the cheerleader" plot would be resolved by mid-season and you know the "blowin’ up NYC" story will be resolved at season’s end…mostly.

So with Lost returning, I feel a sense of dread as a viewer. EW recently reviewed the episode and commented that it’s a return to form for the show. The writers claim they’ve asked for an end-date so they can properly plan the rest of the show, but who knows how much of that was just PR. I’ll be there watching tomorrow night, and I’ll probably be there every Wednesday night but from now on the show has to prove something to me, I’m done jumping online to decode the literary references and musical choices…I want answers dammit and I want them now.

And now, I need a reason to tie this all in to a blog dedicated to sports. Let’s assume for a second that you really don’t know the show too well, you are a college basketball junkie and you base your entire informational intake on how well you can relate it back to Big East basketball. Well then here’s a handy guide to recognizing your Losties and which Big East basketball team correlates to each character.

From the very beginning right up until the present, has been integral to the success of the overall. While other characters have come and gone in terms of important, has remained relevant throughout. Consistently entertaining, if for no other reason than to watch him (or Boeheim) whine. Has an annoying need to be right all the time. Has strange, still unexplained markings on body (Asian tattoos/Orange uniforms). Last seen starting to crack.

At first glance, very clean cut, but underneath the cute exterior is a darkness. Has a gritty past rife with violations. When younger, had a strong man to look up to (Rollie Massimino/Kate’s Dad) but have since churned through a bunch of deadbeats. Always seems to be at the right place at the right time, especially when you’re not paying attention.

A little older, a little wiser. Went through major loss (Use of legs/Ben Howland) but has since found own destiny in their environment. Seemed to go away for a while there and lose some luster (Season 2/The 1990’s) but is primed to take things over with a renewed sense of vigor.

When it all started, was an integral part of the show/conference. Entrusted with the most responsibility (raising Walt/winning National titles) and did an okay job with it, not without drawbacks (lost Walt/lost 2 of 3 Title games). After a brief resurgence, has become relatively irrelevant in recent times, although everyone keeps waiting for the return to glory. Known as "the black one."

A very sexy pick. Still a lot of questions among the group as to dubious past, everyone’s still feeling each other out. Definitely one to keep an eye on, you can just tell they’re going to be vital to the success of everyone involved. Even if you’d rather it be someone nicer or more familiar, you’re gonna have to root for this one.

Since arriving, has been teased as possessing great powers. Showed some major promise early on (killed the bird, attracted the polar bear/made Final Four) but has since become decidedly unimportant. Much like Rick Pitino, aging very rapidly.

Arrived carrying the weight of something very important (her baby/Florida recruiting base) and from time to time reminds people of place on the island (island pregnancy flashback/recent upset of Notre Dame) but for the most part has faded into the background. Real purpose has been served, everything that follows has just been a reminder of irrelevance to big picture.

On paper, has a lot going for him/them but doesn’t take long to realize there’s a nasty history here. Has no problem getting violent when necessary. Survived a subplot that made no sense (falling in love with vapid Valley girl/firing of Bob Huggins for small thing after committing major violations). Currently in a weird place, trying to find purpose in the scheme of things and find new identity. From a godforsaken environment (Iraq/Cincinnati).

Reputation to being an oddball and kinda funny looking, just like some of WVU’s players (ahem…Pittsnoggle). Not exactly an Academic All-Star. Every time you think place atop the show is over, keeps finding a new way to stay there (reoccurring drug problem, finding religion, fathering Aaron/John Beilan working his magic). Like an annoying little brother who wont go away, yet still lovable in that same way.

Fat, sarcastic and lacking and social graces whatsoever…what better representative of the state would you have me find? Horrible luck and seems to turn great opportunities into bad outcomes (wins lottery, life falls apart/hires up and coming coach who makes team run naked wind sprints). Very good chance of not being truly important to the proceedings at all. 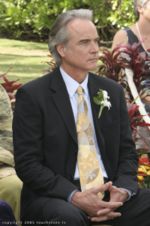 The Daddy of em’all. Seems to be connected to the origins of many of those involved. For a long time was on top of the world and the most respected around but a few unfortunate moves (alcoholism, raising a whiny do-gooder like Jack/Lou Carneseca retiring) and suddenly hit rock bottom. Last seen a shell of former self, assumed dead but every once in a while there’s a clue to the contrary. 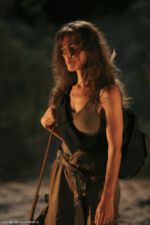 Smelly. Has a little bit of a complex (outsider living on strange island/anyone living on ). Seems to pop up every once in a while to remind you she’s still there but has seemingly lost any relevance to the current goings-on.

Known for fighting and for being Irish. New to the group but has been around for a lot longer than that, knows a thing or two that some of the other newbies do not. Could be very powerful, maintains an important place in the group and is expected to play a big part in the future.

A newbie and one to keep an eye on. Could end up very good, very bad or somewhere in between, there’s really no way to tell at this point. Midwestern charm comes to mind, but then again so does the word Demon. 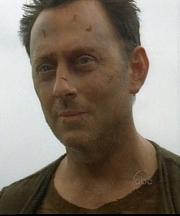 Not originally a major player on the show, has basically overtaken the whole thing by force. Revealed as the most important one on the island, pulling all the strings. Recently revealed as weaker than before and last seen unconscious on the surgery table with destiny out of own hands. Immediate outlook not good.

All three were integral to the growth and development of the whole, and all played a major part in some of the biggest headlines (National Championships, The Vicks, BC gambling probe/finding the Hatch & The Tailies). All three had something to dislike about them, which usually made them that much more interesting. And as much as all three were surprisingly written out and many people cried foul hoping for their return, and even though they may pop up from time to time in a flashback or gimmicky scene, they are all most assuredly dead to us now.