Let The Self Flagellation Begin!

Share All sharing options for: Let The Self Flagellation Begin! 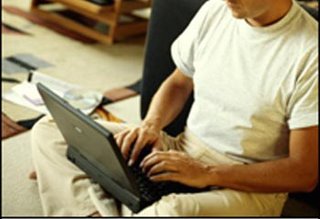 1. Have way too much time on their hands
2. Care way too much about their alma mater and the goings-on there a decade after they leave
3. Are very funny people or can at least pretend to be for 500 words or so

I don't think you keep doing it very long if you're not all three of those. And I love the community aspect of it as well. I've only been doing this for a few months but just in the realm of Syracuse-related-sports-blogging, there's a great brotherhood of bloggers like the guys at Orange44, Cuse Country and OrangeHoops. But the extent of blogging perfection extends beyond the confines of people who could pick out Todd Burgan in a crowd, believe it or not. And now there's an opportunity for everyone who deserves it to be celebrated.

Rocky Top Talk is hosting something called the 2006 College Football Blogger Awards and its quite an impressive array of categories to choose between. Nominees should be entered here. Nominations are open to all -- bloggers, readers, whomever -- so by all means don't just sit back and wait for me to tell you who I think should win.

The categories are as follows. I'll start picking my noms shortly...I've got a lot of reading to do...apparently there is a world of college athletics that exists outside Onondaga County.
The Dr. Z Award

CRITERIA: Emphasis placed on statistical manipulation, well researched pieces that reveal something new, and/or solid argumentative pieces that function as the authoritative last word on a subject.

The Trev Alberts Quits To Do Construction Award

FOR: The blog that has suffered through its chosen team's dismal season with the most dignity.

CRITERIA: Continued engagement in the face of crippling, misery-inducing defeat. A stiff-upper lip and sane reaction to everything crumbling to dust.

The Keith Jackson Circa 1995 Award

FOR: The blog with the most consistently expressive and excellent writing.

CRITERIA: Mechanical competency, yes, but the ability to turn a devastatingly funny phrase or write something compelling is probably more important. This isn't an award for copy editing; it's an award for kickin' prose.

FOR: The prettiest blog, the best layout and design.

CRITERIA: An aesthetic appeal, whether from a stylish banner, a pleasing layout, or an eye-catching incorporation of blog technology.

The New Blog on the Block Award

CRITERIA: Must have launched sometime after last year's national championship game. Transitioning to a new blog or affiliating with a network mid-stream doesn't count.

FOR: The blog best keeping tabs on the man and calling out all of the injustices in the college football world.

FOR: The blog with the best community interaction.

CRITERIA: A regular solicitation of input from readers and utilization of reader-produced content.

The Tyrone Prothro And His Amazing Catch Award

FOR: The finest individual post of the college football year.

FOR: The best contribution to the lingo of our little interniche, be it a nickname, neologism, or catchy phrase used with frequency.

CRITERIA: Spread is important. The ideal candidate has been universally adopted by anyone with cause to use the term.

FOR: The best recurring feature of the year.

CRITERIA: The feature should be posted weekly and be generally good and stuff.

The That's Not Really Real Award

FOR: The best photoshop or other counterfeit gag of the year.

CRITERIA: Could be a photoshop, a Motivational Poster, an On Notice Board, or something similar, as long as it elicited more than a mere smile.

The You Talkin' To Me Award

FOR: The best back and forth between rival blogs the week before a rivalry game.

CRITERIA: Must be bi-directional, and both blogs must score points against each other. A unilateral beat-down will not suffice. Should be more in the spirit of fun than wildly abusive.

The I'm Just Like You But I Have a Podcast Award

FOR: The best podcast or podcaster of the year.

CRITERIA: Uh, must be audio. And about college football, you know. Note that this is "podcast" in a really broad sense. Parody songs, incoherent ravings about Tyrone Willingham, and whatever else you've got are nominate-able. One restriction: it has to be self-generated.

...it's just like that other BCS except completely different. We'll be handing out Best Blog awards for each of the BCS conferences, plus one for mid-major coverage (including all independents other than Notre Dame), and one for more general, national coverage blogs. After long debate we decided to put Notre Dame blogs in with the Big East, as the "non-BCS" category is supposed to be an award for mid-majors, which Notre Dame is certainly not. Since ND shares bowl affiliations with the Big East and plays the rest of their sports there, it seemed the logical choice.

The I Wanna Talk About Me Free for All

The I Wanna Talk About Me Free for All is designed primarily to spread the love in case it doesn't naturally happen some other way and to serve as the season's Round Up of Round Ups. Each blogger, no matter who they are, must identify their three best posts of the year. I'll round `em up, and compile the entire thing. If it kills me. And it might.