Share All sharing options for: Why Aren't We Losing 42-17 To THESE Guys???

I've seen a few posts in the last few days that talk about who Syracuse's most hated rivals are and who they should be playing each year. Charles Rich at AOL Sports touches on his choices for football and the guys over at Orange44 have put up thier choices, although they seem to be focused on basketball.

It got me thinking about where Syracuse's true rivalries are and where they should be, especially in football. The odd thing about the Big East is that there isn't much hatred brewing within. West Virginia is a given but other than that...do we really HATE Pittsburgh? Not really. Rutgers is slowly developing into a rivalry but...they're still Rutgers. UCONN is too young. Louisville and Cincinatti are too new. And South Florida is, well, South Florida. We had a great rivalry with Virginia Tech going where we would take turns beating the crap out of each other (more them than us in recent years). I decided to come up with my own list of Teams That Should Be On Syracuse's Schedule All The Time:

Young fans might not realize this but Penn State was basically Syracuse's chief rival up until the creation of the Big East. The schools are only seperated by a four hour drive (give or take how long you stop over in beautiful Binghamton) and both have the whole "only thing worth caring about in a 100-mile radius" status. They go after some of the same recruits and think of how easy it would be to travel for both fan bases.

Rumor has it that Penn State insisted on a two-for-one arrangement, with two games to be played in Happy Valley and one in Syracuse and that led to the end, rightfully so, of the rivalry. Throw in the long-since-forgotten drama that stemmed from Penn State's percieved lack of interest from the Big East before they joined the Big Ten and you see there were a few issues damaging the relationship. Syracuse's almost-jump to the Big Ten in the early 90's could have sped things up, but...

According to the Pittsburgh Tribune-Review, Penn State and Syracuse will renew thier rivalry starting in 2008 in Syracuse, followed by 2009 in Happy Valley. Giddy up.

Look at the alltime records...its already a solid rivalry. The teams had a pretty steady rivalry in the 80's, marked by a meeting in the 1985 Cherry Bowl which Maryland won. The two teams played four more times, all won by Cuse, most recently in 1994.

Geographically, it makes sense. They're not that far away in travel terms. They share a similiar recruiting and fan base. And of course, there's the Jew factor. 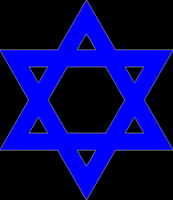 Let's face facts. Northeastern Jews usually make thier college choices between a few schools. If you're mentally-challenged, you go to West Virginia. If you're female or don't care about sports, you go to Delaware. If you're supersmart, you go Ivy League. The rest of the Flock decide between Syracuse, Maryland and Hofstra. I know from experience...my final two choices were Maryland and Syracuse. Because the Syracuse/Maryland dilemma is one faced by so many Jews in the Tri-State area (New York, New Jersey, Connecticut), there's tons of families, friends and communities with ties to both schools. You've got a built-in rivalry right there. And as for all the goyim, yeah, they can watch too.

Geographically and historically...it's a wierd choice, I know. But take into account than two of the three times these teams have played, its been a classic. The 1988

Sugar Bowl was a 16-16 tie that cost Syracuse a shot at the National Title. 2001 was a great win in the Dome for the Orange. The 2002 triple overtime barnburner was a forgotten classic that also was responsible for the quote that became this blog's namesake.

I say, if its working don't mess with it. There's a 66% chance that when these two teams get together, something exciting is gonna happen. It's science. Plus they both wear Orange...that's gotta count for something.

Besides West Virginia, I think Boston College was the other school in the Big East you could honestly say Cuse had a real rivalry with. I mean a consistently-even matchup. In Big East play,

Syracuse had the edge 9-5 but there were a lot of good games in there. More importantly, I think there was a genuine need for each team's fans to beat the other one. Where did it come from? BC's religious ferver and Cuse's pagan beliefs? No idea. All I know is that geographically, recruiting-wise, fanbase-wise and historically, Syracuse will not find many better suitors for a consistent rival.

Yeah, I hear you..."Screw BC...they ditched the Big East for the ACC." Helloooo...McFly...don't pretend that Syracuse wasn't thisclose to doing exactly the same thing. We have no right to get pissed at any of those schools since Syracuse was exploring ways to leave the big East long before it was trendy. If anything, lets take the opportunity to prove that BC was dumb to leave the comfy confines of the Big East for a yearly dance in the mediocrity of the middle of the ACC.

I have no actual basis for this other than the fact that I live in Los Angeles and I'd rather they play the middling Bruins than the juggernaut Trojans. But, I did do some checking and apparently the two schools did have a little rivalry going in the 60's that actually started in 1959, the year Cuse won thier National Championship.

You could parlay it into a football/basketball two-fer and really get me excited. Plus, it certainly wouldn't kill the Orange to get a little West Coast exposure. I don't think Wyoming counts.