If You're Gonna Geaux Preaux, I Know A Good Guy...

Share All sharing options for: If You're Gonna Geaux Preaux, I Know A Good Guy... 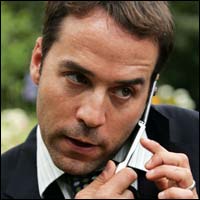 Travelle Ernest Gaines, a 26-year-old assistant strength coach for LSU, has been arrested and accused of violating state law by inviting student athletes to his home to meet a sports agent and suggesting the agent should represent the athletes, according to AOL Sports.

Gaines would invite the players over to his house, where Charles Taplin, an agent from Houston (aren't they all?), would be waiting unbeknownest to the players. Gaines would then introduce everyone and tell the players that they need to sign with Taplin if they wanted to go pro. The players were weirded out and told some people who told some cops who told Taplin he's under arrest which led to Gaines being found out as the go-between.

Assistant strenth coach? How many strength coaches do you need? Aren't they just glorifed spotters? 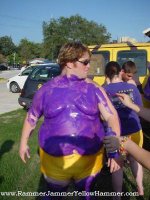 I get that what he did is wrong. I get that he needs to be fired and removed from the picture. I get that this situation is wrong and illegal and not allowed in collegiate sports. That said, there's something strange about this guy getting arrested. I mean, Anthony Reddick can swing a blunt object directly into the skull of another human being and not recieve any police reaction but this guy gets thrown in jail for basically just being a slimeball...seems a little iffy.

One final note from the article:

Man, when I went to school the only thing University Police did was drive by parties in a slow-yet-non-threatening manner.